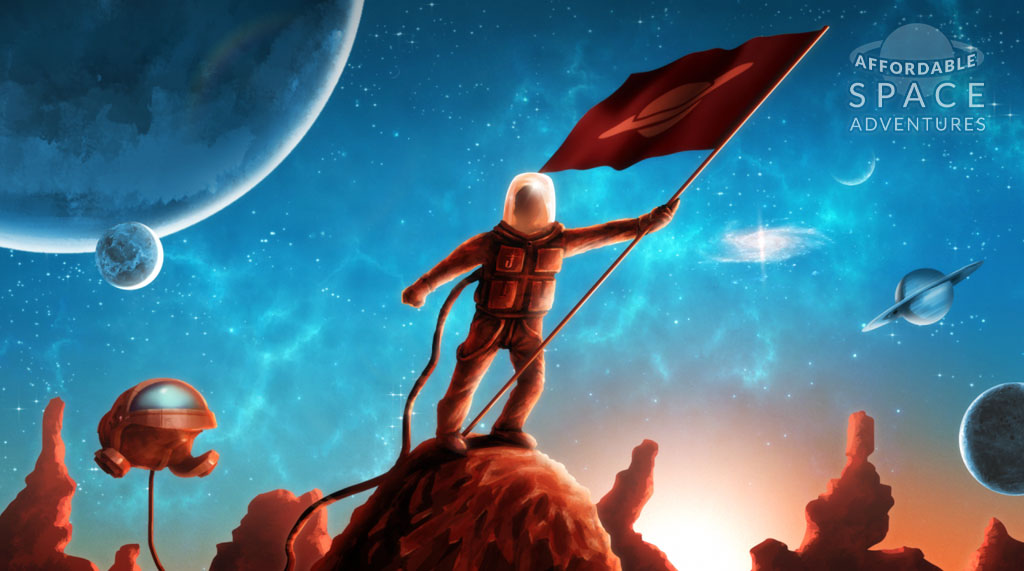 Traveling for leisure has never really been something that I considered. Potential destinations either sound too mundane or too fraught with insidious dangers like sunburns or mosquito bites. However, outer space and its many mysteries has always fascinated me, and if I was physically fit and wealthy enough I would be on the first commercial space flight. I imagine a comfy ride in first class, drinking a Tang mimosa and listening to Theremin music softly play over the speakers. Affordable Space Adventures on the Wii U presents a reality where even the most average of Joes can experience the wonders of space exploration on a tight budget in a very safe ship.

Gameplay
Players of Affordable Space Adventures take up the helm of a small space craft from the suspiciously friendly Uexplore Corporation. What is promised to essentially be an extraterrestrial pleasure cruise goes terribly wrong, and players must guide their ship over a dystopian alien vista in hopes of reaching a point at which they can be rescued. Hostile machines pepper the landscape and they have the ability to shoot your adorable little craft out of the air with a single shot. Initially, simply navigating around them will be enough to keep yourself flying, but the game will ease you into more complicated scenarios as you progress. 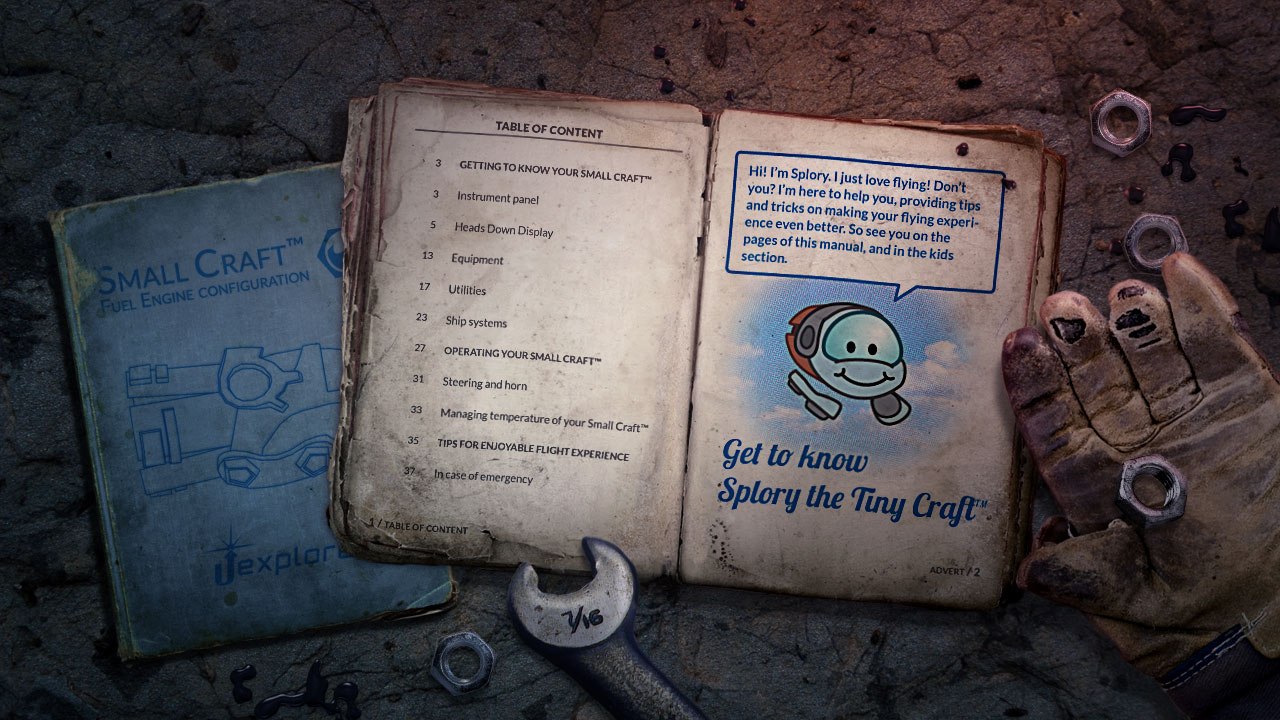 The self-repairing ship was damaged in the aforementioned catastrophic events, and as you hit certain points in your journey various key systems like thruster control, anti-gravity, and scanners will come back online. The devious devices you had previously been gliding around will learn to detect these systems so you must deactivate them and find new ways to progress without alerting these sentries to your presence. This balancing of the ship’s systems is the key focus of the game, and it is all handled on the GamePad’s touch screen. It’s clear that this is one of the few third party games that was built specifically with the Wii U’s unique control scheme in mind. It’s a little disappointing that titles like this haven’t come out sooner in the system’s life cycle, or more frequently, but it is great to see it handled so well.

If juggling the ship’s system controls becomes too much to handle along with steering and scanning, there is an option to invite two friends to help you manage your mission. One player steers, the other scans and shoots flares, and the other manages the system controls on the GamePad touchscreen. Good teamwork and cooperation will be crucial to navigating the hostile planet successfully, so don’t rush to jettison your shipmates from the nearest airlock at the first goof they make. Weather you’re playing alone or with friends, you will find highly varied pacing throughout your journey. Some enemies will need to be crept past; others will require some quick maneuvering and fast fingerwork on the GamePad screen. It’s this delightful medley of logic and reflex that makes the game feel so fresh in a time where it seems like no one is making anything that feels genuinely new. 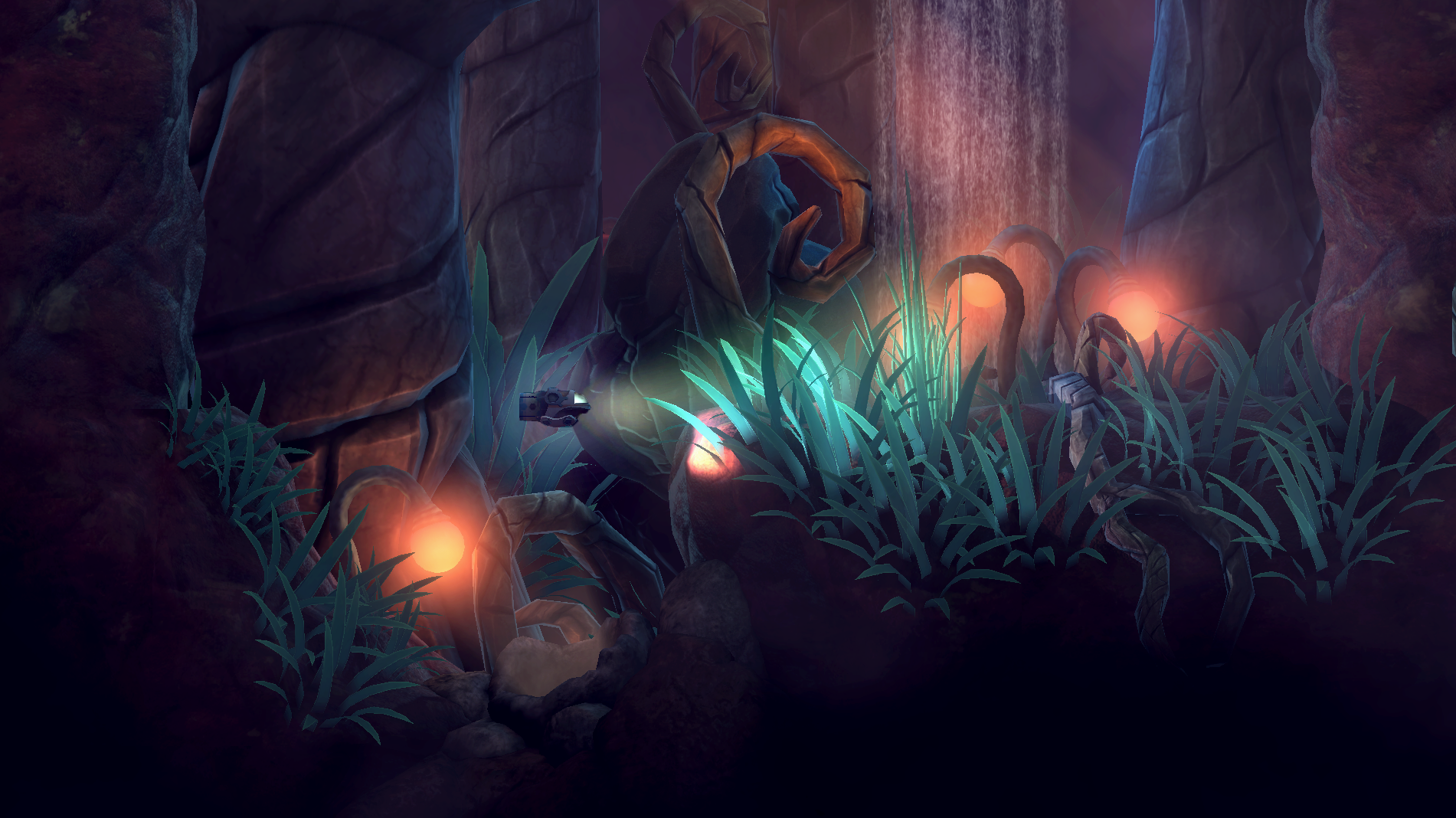 The world of Spectaculon is as beautiful as it is dangerous.

Presentation
Visually, Affordable Space Adventures is damned impressive. There is such a genius use of color in lighting that the game somehow manages to come across as scary and whimsical at the same time. I constantly found myself wondering just what sort of devious device was waiting to destroy me in the shadows around the corner, and the feeling of isolation on this desolate planet was almost palpable. The minimalistic nature of the soundtrack helped to drive these feelings home. Most of the time your adventure will be set to some ambient background sounds or occasional piano music that is so unintrusive you may not even notice it at first. Despite the challenging nature of this game (don’t worry, it does have an adjustable difficulty level), it was a treat to experience all the creepy nuance the game’s creators worked into their world. 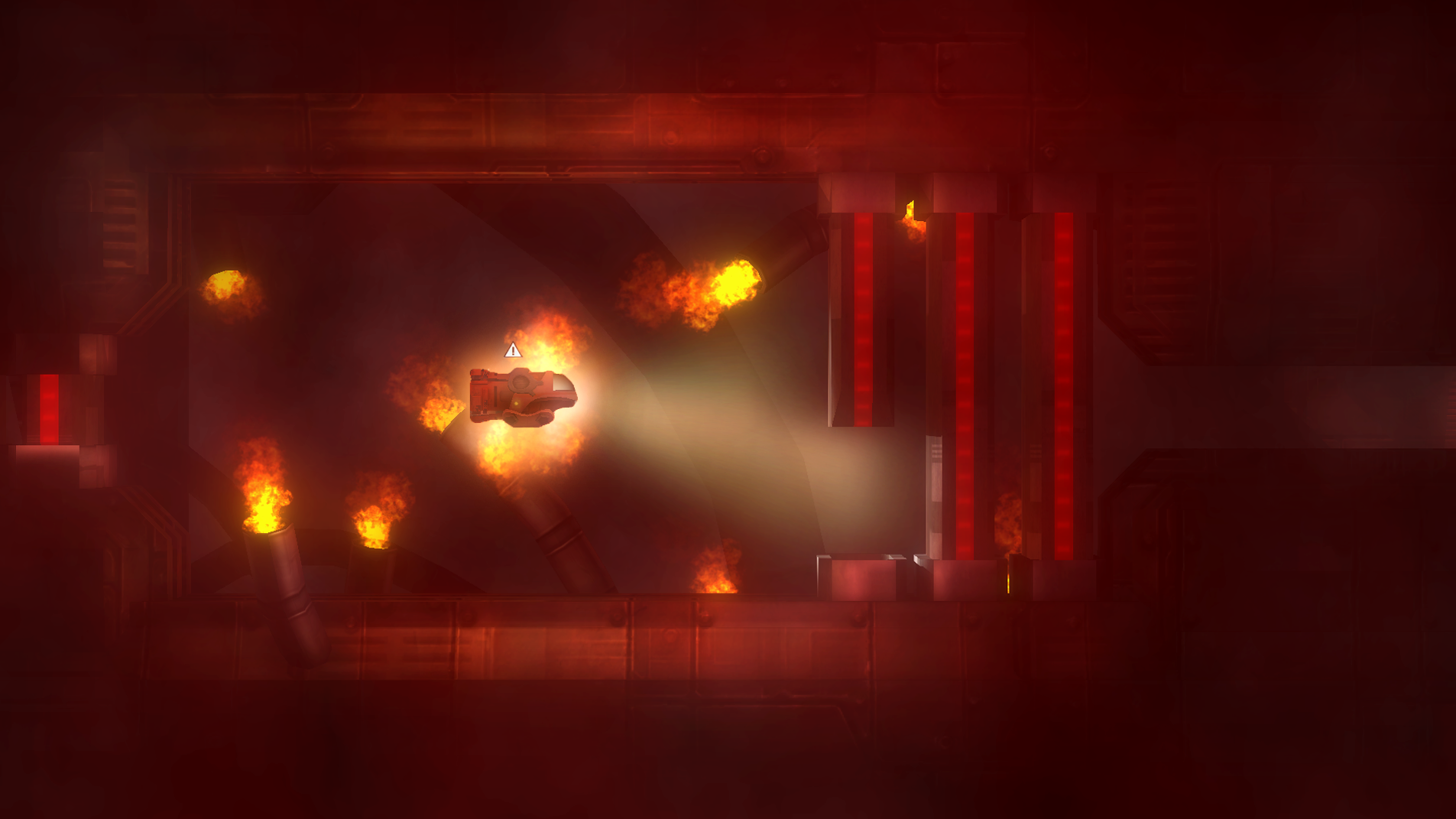 Out of the frying pan and into the room in which frying pans are made.

Even if an interstellar cruise were possible, I am not so deluded that I think it would be the trip of my dreams. Outer space is a cruel an unforgiving environment, and could quite possibly be filled with the sinister remnants of a long-dead society. Taking a trip into the unknown via Affordable Space Adventures is an experience that should be enjoyed by all Wii U owners. Innovative gameplay mechanics combine with great visuals and a well-composed ambient soundtrack to create an alternate reality that is often hard to pry yourself away from. The is truly a game that could not work on any other system, given how it relies heavily on the Wii U’s unique attributes. While it is not without its rough edges, your trip to the planet of Spectaculon.