”If human beings had genuine courage, they’d wear their costumes every day of the year, not just on Halloween.” – Douglas Coupland

There’s the inevitable point during every Halloween party where everything begins to unravel faster than your friend Denice’s toilet paper mummy costume when she got stuck on a treadmill. “Sexy Mechanic” is bored with your fanatical friend dressed as Criminal Minds’s Agent Aaron Hotchner’s endlessly spouting quotes about human nature, Dracula is sulking in the corner by the fruit punch, and your bestie, the Igniculus to your Princess Aurora, is so bored he put down the fun-sized Snickers and picked up your Mom’s latest knitting project.

In this moment you might say to yourself, “Golly gee, I sure wish there was something casual, fun, intuitive, and filled with a vast range of musical styles that we could all do together…” Then, like lightening reanimating Frankenstein’s lifeless body, an idea strikes and you shout, “HEY, GUYS AND GHOULS! LET’S PLAY JUST DANCE 2015 ON WII U!”

The Just Dance series, now in its sixth iteration, returns with Just Dance 2015. At its core it follows the basic principles of those that precede it; players mimic dance moves in tandem with on-screen dancers, earning points/stars based on their precision and accuracy. With each iteration Ubisoft, who acts as the game’s publisher, producer and executioner, erm, developer, refines the series UI, adds new gameplay features, and refreshes the track list. 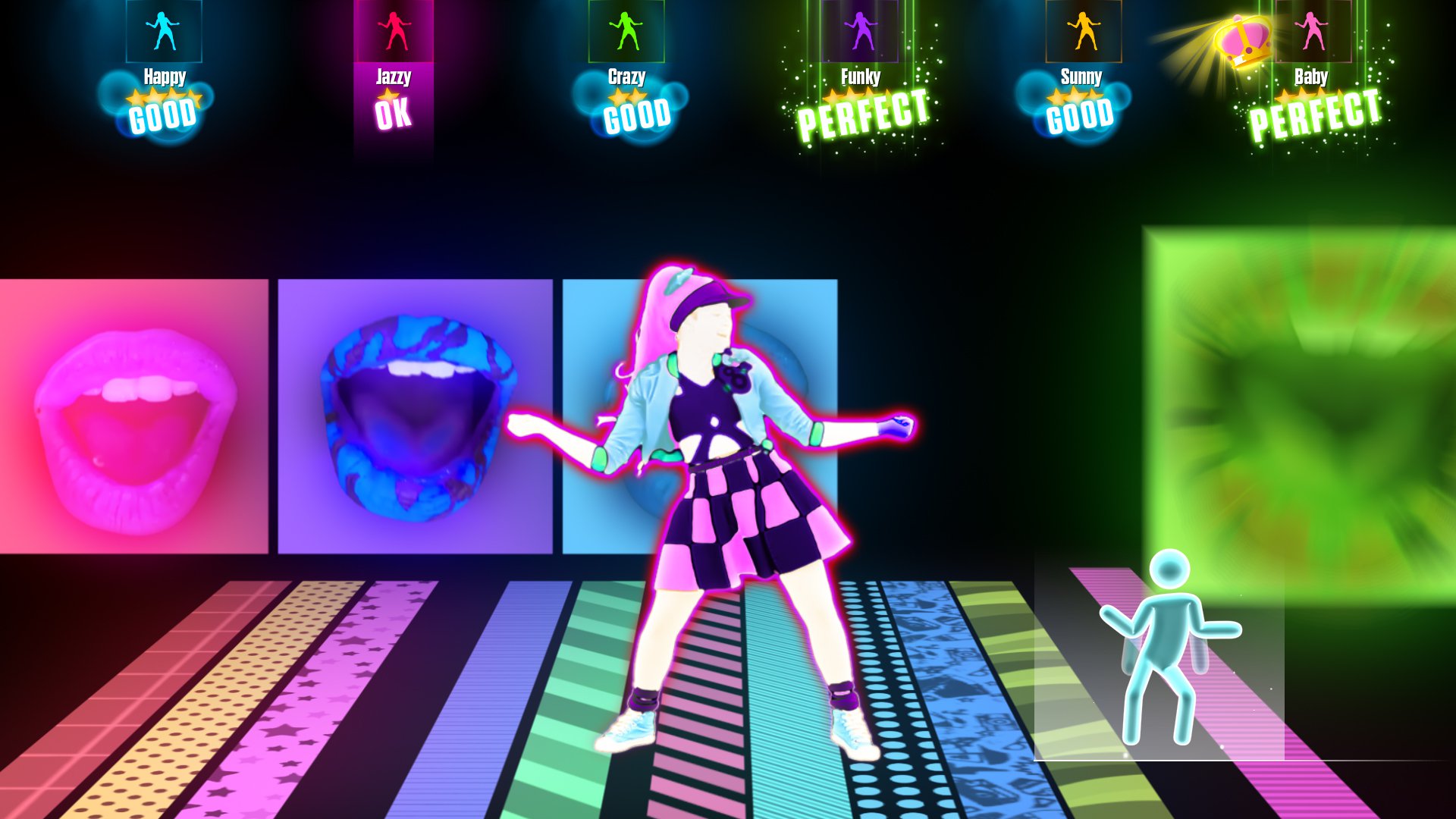 Your cocoa puffs will be shimmied all over the place.

“There is nothing funny about Halloween. This sarcastic festival reflects, rather, an infernal demand for revenge by children on the adult world.” – Jean Baudrillard …Can someone please, please give Hotchner the GamePad?!

The Just Dance 2015 UI (user interface) is as slick and glossy as an enucleated eyeball (Hotchner must’ve found that word on his Word-A-Day calender). Centered on the screen is the song selection. When you select a song it will be highlighted by a flashing light while a sound clip plays. In an adjacent corner you’ll find the JD WALL, which serves as communication hub containing your rewards, unlockables, and info about DLC. In the opposite corner is your Dancer Card. Here you can check stats like calories burned, number of earned stars, songs played and online level. In addition, you can take a gander at your sticker collection and add local dancers. The main menu also includes a shortcut to the World Dance Floor, where you can stretch your competitive muscles online. Players from across the globe dance to the same playlist, competing for rights to slap their name at the top of the leaderboard.

However, all of the flashing lights and pretty colors can’t blind you from the fact that navigating the song menu feels as twicthy as the living dead in ZOMBIU. Instead of moving through the entire list one song at a time, you’ll be offered a group of three songs, from which you can select moving left and right. If you don’t find a song you’d like to play, you’ll move on to another set of three, the previous three nothing more than a distant memory. It would be like reading a book where only three sentences of a paragraph were on a page. The navigation is nothing more than a minor inconvenience, which will likely subside as your familiarity with the game grows.

“If ever there was a holiday that deserves to be commercialized, it’s Halloween. We haven’t taken it away from kids. We’ve just expanded it so that the kid in adults can enjoy it, too.” – Cassandra Peterson… Seriously, guys, let Hotchner play as Nicki Minaj in Bang Bang!

For those who are intimated by the pixel perfect, digital dancers in their snazzy costumes and boundless energy there’s the new Community Remix Mode in which real people, in all of their real people shapes and sizes, wear real people clothes, and dance in real people locations. Seeing a sweet Grandma raising the roof with her granddaughter or watching a frat boy in a flammable looking wig gyrate to Katy Perry’s “Birthday” is enough to alleviate any performance anxiety and let even the most uptight party-goer “Let It Go” and give it a go. After a few rounds they may even unleash their inner karaoke star and sing into the Wii U’s GamePad microphone. 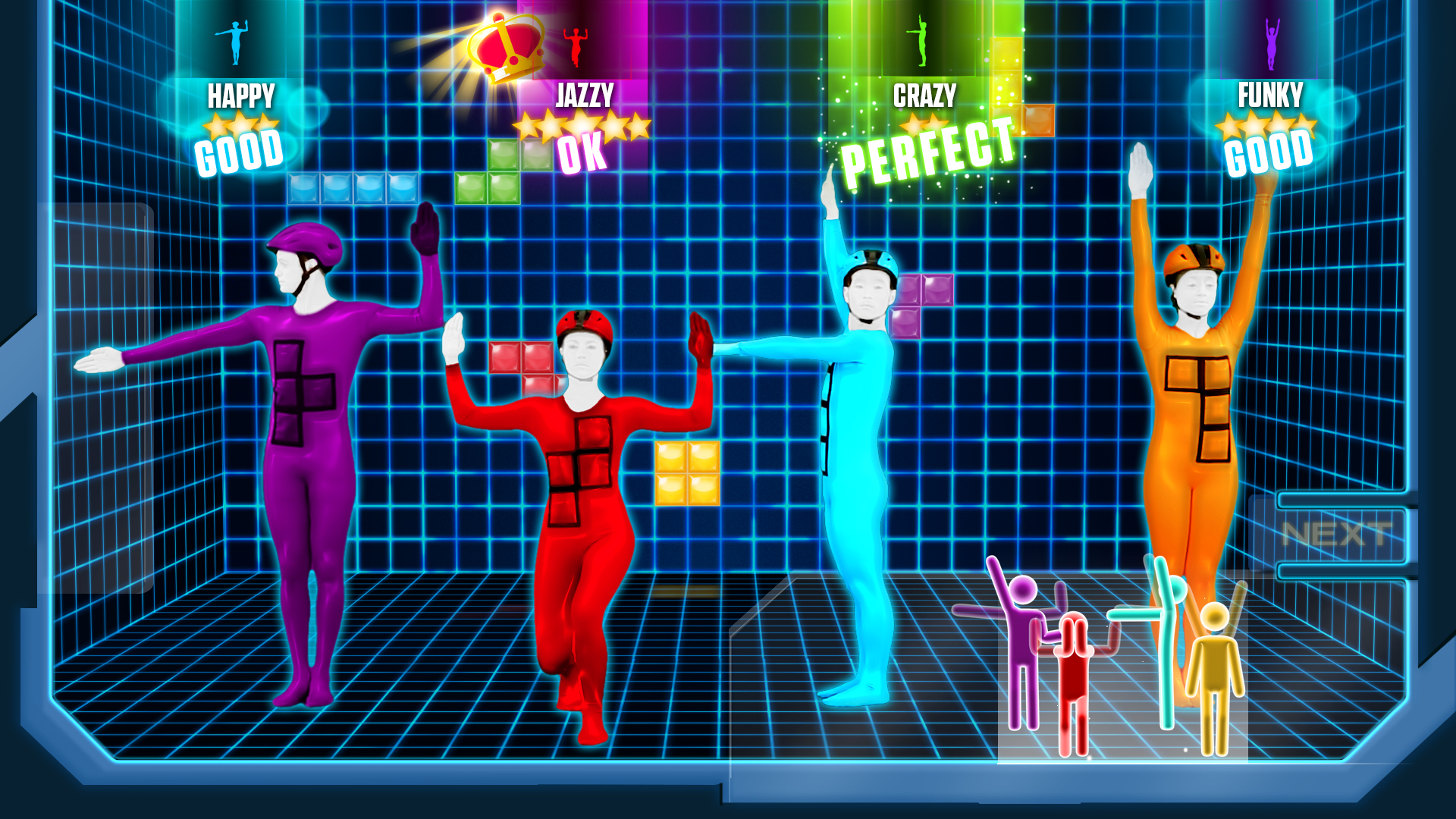 Make sure anyone playing as the yellow dancer is VERY petite; they get lifted a lot!

If you or your friends like to strut their stuff topublicly validate their superiority (Hotchner would characterize them as having NPD—Narcissistic Personality Disorder) they can try the new “Add Challengers”, which is a real time dance off with just enough players to flesh out your group. Now you can show Snazzy17 from Tallahassee your killer moves and obliterate their score. These faux rivalries can motivate you to improve your moves; to pop that lock with even more pop, or swish your hips with all the ferocity of someone at an America’s Next Top Model audition. Our pals with great self-esteem will also enjoy Autodance. Set up your Wii U GamePad so as you’re in frame of the built-in camera and let the game record a short clip of your routine. Now that you’re a bonafide star you can share the video on Facebook, Twitter, and the Just Dance Autodance network. Just Dance 2015 even has a mode for those with two left feet, both figuratively, and in the case of your friend, Franky N. Stein, quiet literally. Dance Mashup Mode allows a fifth player to join in on the fun using the GamePad. They can choose a song, and like a puppet master, change individual chunks of moves within the routine. Will they make you twirl until you blur, or pound the ground? Be nice to the fifth player, otherwise they may use their powers of alteration to switch to an entirely different song without warning. This mode should keep you on your toes.

“Where there is no imagination there is no horror.” – Arthur Conan Doyle… What?! Hotchner left an hour ago? Then…who…said…that…

Cleo-Pantera (really it’s just Stacy in a plastic gold headdress and smeared heavy metal eyeliner) is going to LOVE dancing along with Katy Perry in “Dark Horse”. Your Russian next door neighbor is likely to come knocking when he hears “Tetris”. Even though you’d rather sew your lips shut than say it aloud, you’re secretly dying to play “The Fox (What Does The Fox Say?)”! The Just Dance 2015 track list is likely to excite, but also, to a lesser degree, disappoint. From pop to rock, Motown to animated power ballads there’s something for everyone. This is great, especially in a party setting, however, when it’s time for a solo session where personal tastes don’t have to be compromised you may find yourself playing a handful of songs while ignoring the rest. It’s akin to buying a box of assorted chocolates, secretly hoping for a salted caramel or gooey nougat, but knowing you’ll have to bite into a few yucky raspberry or mint jelly filled truffles too.

Ubisoft counteracts this can’t-please-everyone mentality in a number of ways. Even when playing a song that you wouldn’t deign to discover in your .mp3 library, the backgrounds are filled with imaginative scenarios, brimming with cheeky humor, flawless animations, and a new dynamic camera that makes feel like you’re participating in an interactive music video. The dance moves themselves are at times so elaborate or unexpected that your focus on form and style will distance you from the music blasting from the TV speakers. There’s also a plethora of unlockable mash-ups and paid DLC to keep you engaged and enticed. You may not personally care for Bollywood Santa’s “Xmas Tree”, but for a couple of bucks you can download Maroon 5’s “Moves Like Jagger” and mentally substitute it. 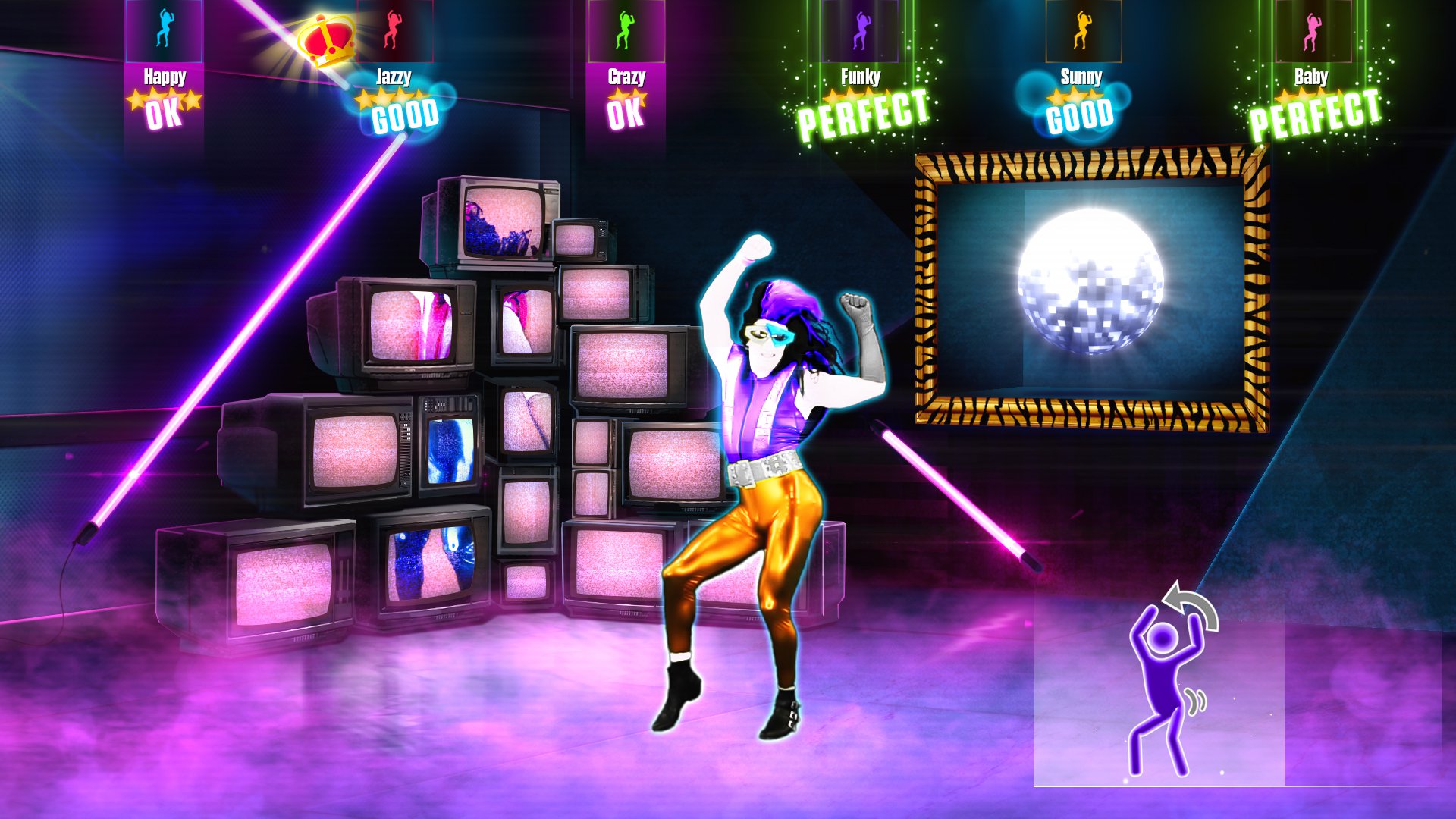 This song will be your first stop on your quest to become the fanciest dancer of them all.

“Halloween wraps fear in innocence, as though it were a slightly sour sweet. Let terror, then, be turned into a treat.” – Nicholas Gordon… Hotch! Glad you’re back. You know, that last quote is actually appropriate for my review.

For years now, when the moon is full of secrets and leaves make way to their graves, I like to keep Autumn’s chill at bay by working up a sweat with a smile on my face playing Just Dance. This Halloween, Just Dance 2015 is no exception. The user interface is the slickest yet, chic and well organized. The clunky song navigation leaves a slightly sour taste to an otherwise sweet treat. Wallflowers can join in on the fun by assuming the role of puppet master, wielding the power given to them both benevolently and malevolently. Those that love the limelight will relish acting out the role of the pop superstar in their very own music videos, while others may enjoy the rush of conquering the worldwide leaderboard.. Don’t let a few trite mega-hits dissuade you from picking up your Wii remote and having a spooky good time dancing the night away. Please, just remember to give poor ol’ Hotchener the GamePad once in a while, he’s only inhuman after all.